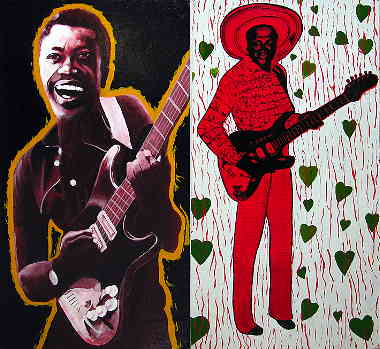 I am not too far away from crying with happiness over the first episode of Frank’s new WFMU radio show, Radio Freetown.

In case you’re too lazy (and who isn’t?) to click through and check it out, you can listen to the first show right here. (RSS readers, you do have to click through to this post, at least.) Find out what the heck vintage music from West Africa in the 70’s is like. You may be surprised!

Who is this Frank? He’s a German guy who lived three years in West Africa, hunting down and collecting records. Along the way, he blogged his adventures.

Now he’s in New York trying to make a living as a DJ. I was feeling a bit downcast, since I’ll probably never make it to one of his live gigs. But the new radio show has made me blissful once again. Thank you, Frank!