Before I saw her at the Rio this month, I thought of Lila Downs this way: 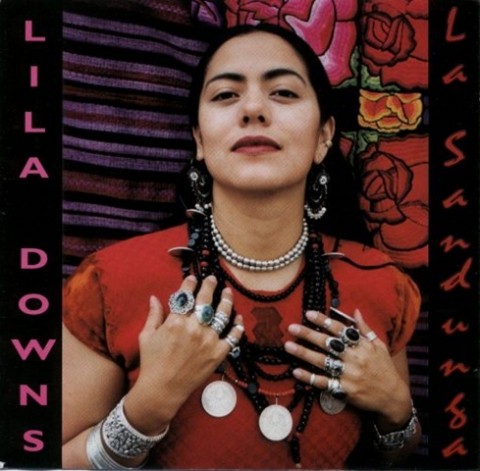 Imagine my surprise (and complete delight!) when she appeared on stage with a backdrop of moving dayglo lighting, looking more like this, 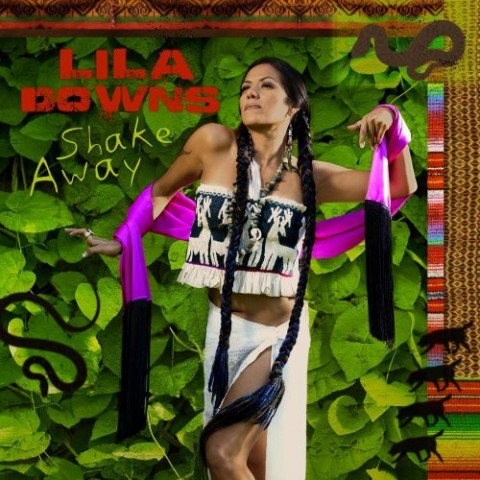 and making sexy moves! I immediately realized that my preconception of a sedate folkloric evening was all wrong and that it had been a mistake to leave my earlove plugs at home. Whatever, that all fell by the wayside and I opened my eyes and ears wide to take in the new Lila. She opened with a woman-centric remake of Black Magic Woman, belting out “Don’t turn your back on me baby, I just might pick up my magic stick!” Recordings never really fully reveal a singer’s vocal power, so I hadn’t really expected that voice – a voice with enough wattage to light up the audience all the way to the back of the theater. We cheered wildly for that first number and all the rest.

Throughout the evening, Lila showed herself a self-possessed and captivating performer, working her way through a repertoire that obeyed no boundaries of style. She danced with grace and even mimed elements of her songs with theatrical abandon. I have never seen anyone do such a sexy chicken dance!

I thoroughly enjoyed the bilingual and bicultural nature of the show. Some songs were covers and/or translations of songs in English, some were originals, some were about Mexican or Chicano culture, some had a political axe to grind, some were traditional, some were bluesy, some were folksy, and everything rocked. And I almost forgot to give props to Lila’s fine band, which in addition to guitar and bass players, kit drummer, and sax and brass players, included a conga drummer, a harpist and an accordion player.

And yes, she finally got around to singing La Llorona. She did a traditional ranchera ballad too. Whew, she sure got us with that one! Few performers can use melodrama effectively. Lila can fill her voice with such melodramatic passion, she’ll sway you till you’re ready to be knocked over with the proverbial feather.

My recommendation: if you get the chance to hear Lila Downs live, run, do not walk to get a ticket!